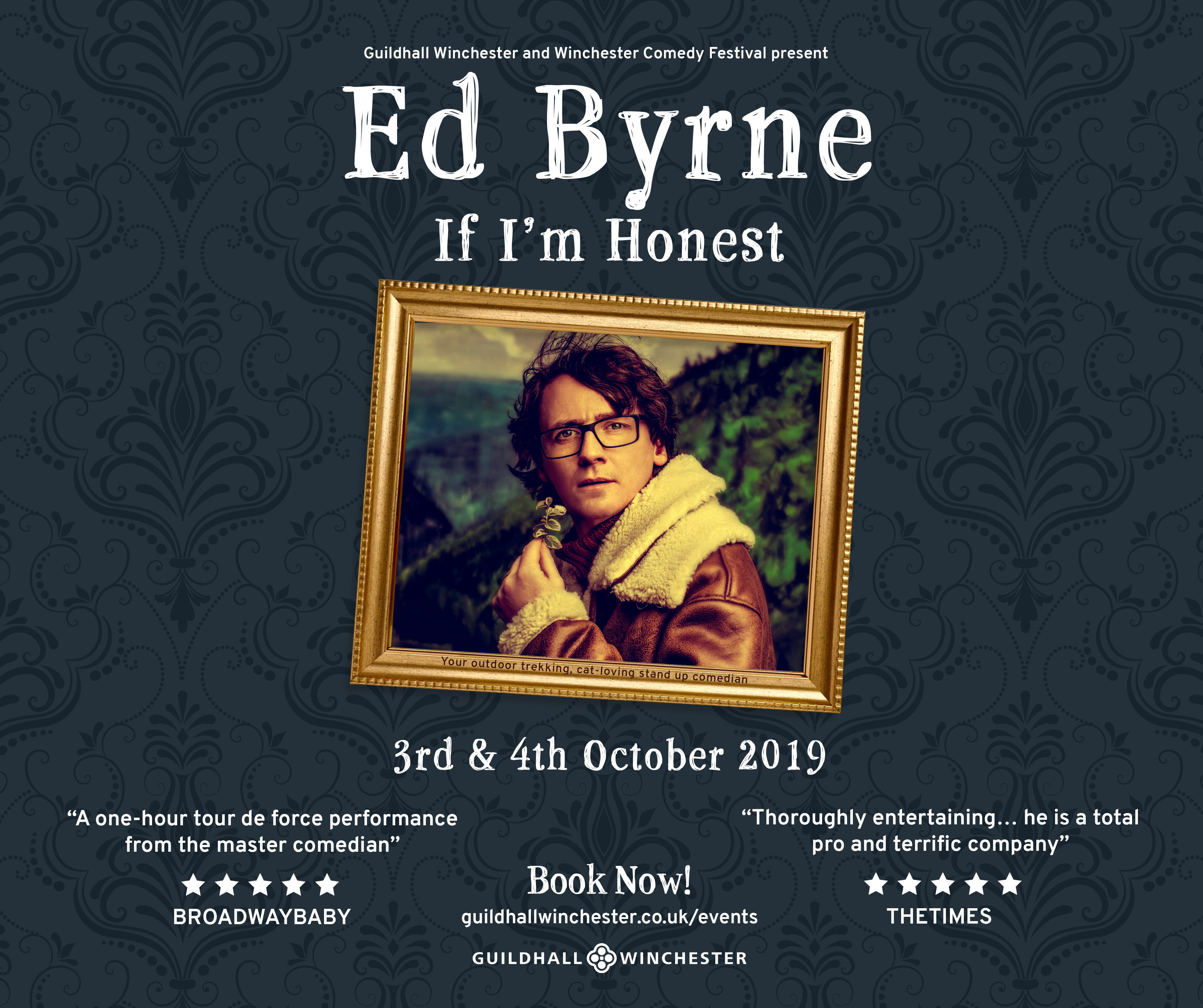 Stand-up comic and TV star Ed Byrne is to bring his observational comedy show ‘If I’m Honest’ to Guildhall Winchester on 3 and 4 October.

The Mock the Week TV personality, known for his quick wit and comedic timing, uses the show to take a long hard look at himself and tries to decide if he has any traits that are worth passing on to his children.

It is one of many big name events coming up at Guildhall Winchester over the next six months, including BBC Radio Two presenter Jo Whiley, who will bring back the best tracks of the 90s in a special DJ set on November 8.

“We are incredibly excited to be welcoming Ed to the Guildhall in October. Just last week I watched him on BBC Two’s Mock The Week, and his humour continues to carry over the many years he has been performing stand-up comedy. As part of Winchester Comedy Week 2019, these two shows are not to be missed. It is just part of a range of exciting shows the Guildhall is hosting in 2019 and working with local promoters and businesses to ensure collaboration is at the heart of what we do.”

To find out more about Guildhall Winchester and upcoming events visit https://guildhallwinchester.co.uk/events/

An update from Guildhall Winchester.

For advice and guidance, please go to http://nhs.uk/coronavirus

Wed Your Way in WinchesterWinchester Guildhall